Northwestern and Nebraska traded blows throughout the game until midway through the third quarter when Nebraska scored its first touchdown of the final frame. The Cornhuskers forced the Wildcats to punt in every possession in the second half while Nebraska kept scoring . Most impressively, Tommy Armstrong Jr. nearly capped a 53 yard drive in the fourth quarter by hurdling some NU defenders. The original call of the touchdown was reversed and Nebraska had to put it in the old fashioned way: Ameer Abdullah 1 yard touchdown carry, his fourth of the night. Abdullah had one breakaway play for 50 yards and officially broke the 1000 yard marker with 146 yards making him the first running back in Nebraska football history to have three 1000+ yard seasons with the team.

Northwestern had trouble throughout the second half to get any offense going. Justin Jackson did his best to get the ball moving forward, but when the Wildcats were stuck in long third down situations, it became difficult for Siemian to hit his targets and convert.

Chris Gradone struggled to punt it away early in the game but increasingly set the Cornhuskers deeper until late in the fourth with a low punt that De’Mornay Pierson-El returned to the Northwestern 20 yard line. Despite the advantageous field position, the ‘Cats held the Cornhuskers to a field goal.

On the final drive for Northwestern, the Wildcats started at their own 25 and drove to their own 41 where the offense stalled. Cornhuskers got one first down then took to the victory formation and finished the game with 38 points.

With both teams trading punts throughout the beginning of the second half, Nebraska finally broke the scoring barrier with a touchdown with 4:27 remaining in the 3rd quarter. Northwestern defense has struggled on 2nd and 3rd down, allowing conversions at crucial points in the drive. To respond, the Wildcats started at their own 24 yard line and marched down the field and seemed to pick up momentum after a long injury timeout as Miles Shuler was taken care of. NU gained two first downs and then stalled at midfield and were forced. Nebraska picked up at their own 23 and began to march down the field as the quarter ended.

The Wildcats looked to catch a break after a personal foul resulted in NU entering Nebraska territory early in the 2nd quarter but the very next play, quarterback Trevor Siemian threw to the endzone looking for receiver Mike McHugh who was triple covered. The attempt resulted in an interception. On the Cornhuskers first drive of the second quarter, they looked to be picking up momentum and ended their first second-quarter-drive in an Abdullah touchdown.
Northwestern had trouble picking up any offensive steam early in the second quarter but later in the quarter, running back Justin Jackson got the offense rolling. After a 88 yard drive, the Jackson spinned in for a touchdown. The Cornhuskers immediately retaliated with a deep 46 yard strike followed by a trick play for the touchdown. With 1:14 left in the half, the Wildcats drove back down the field to score a 29-yard field goal before ending the half.
Abdullah did not break away for any big plays but steadily racked up his rushing yards, quickly approaching the 1000 yard mark on his season. If he breaks that milestone, he will be the first running back in Nebraska football history to achieve three 1000+ yard seasons. 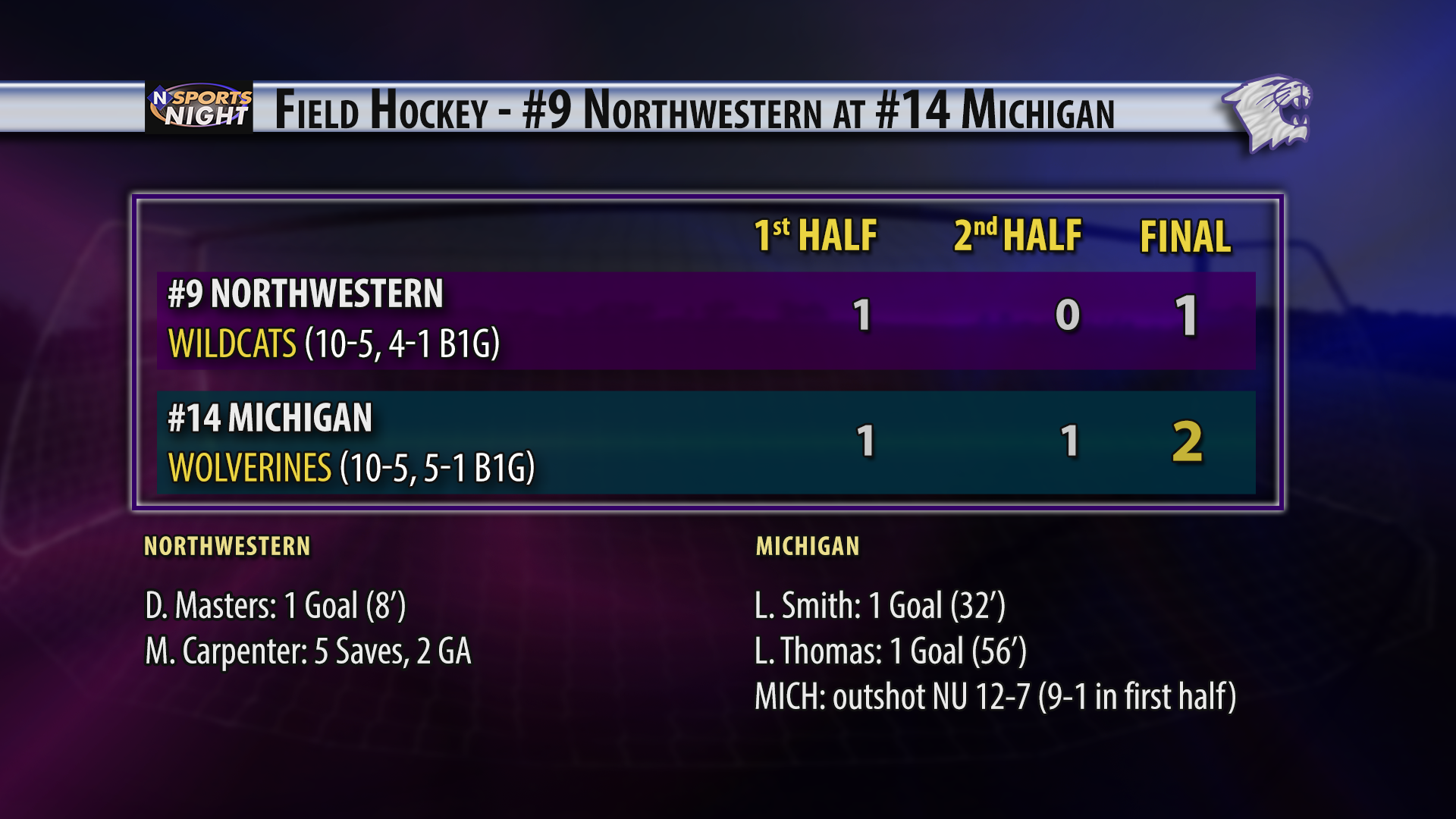 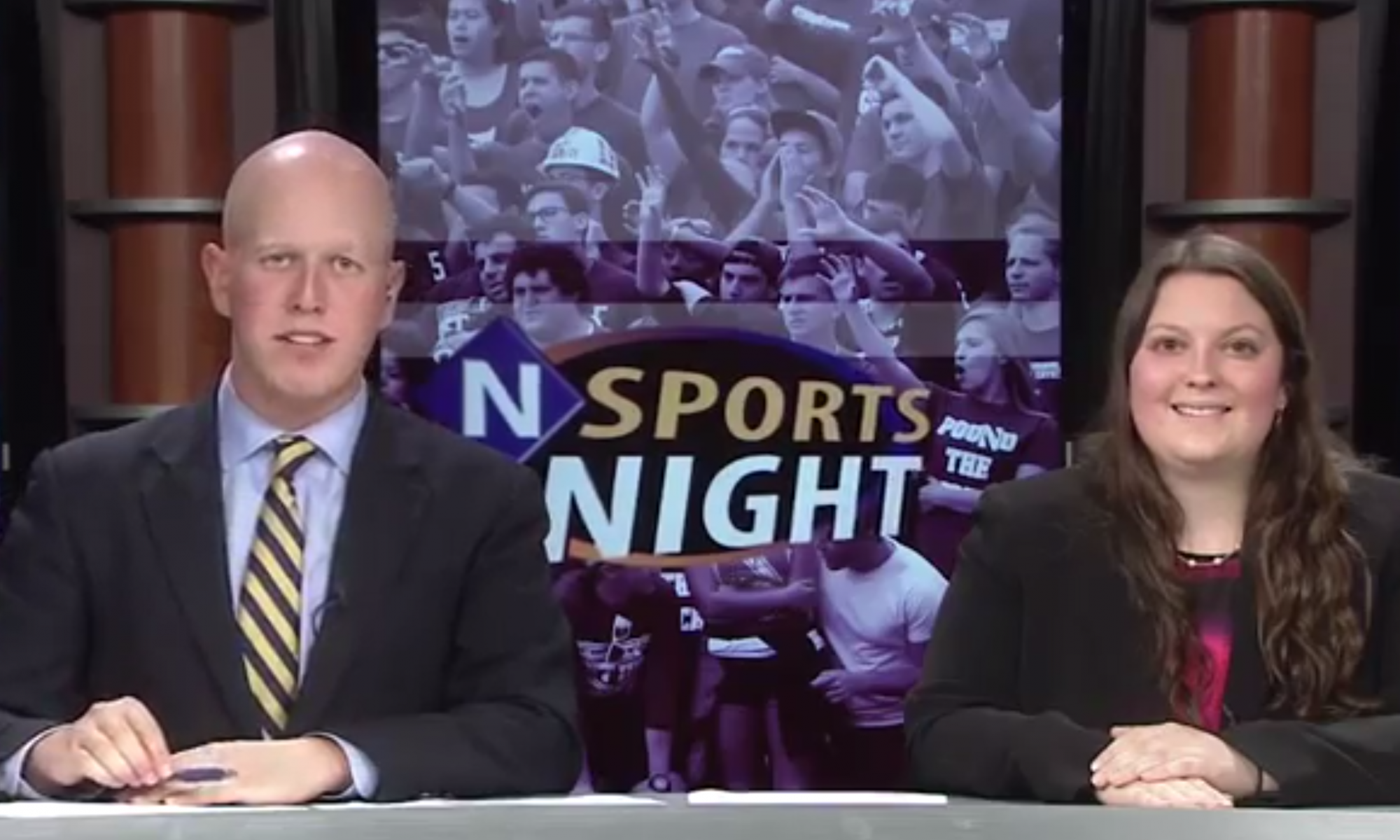 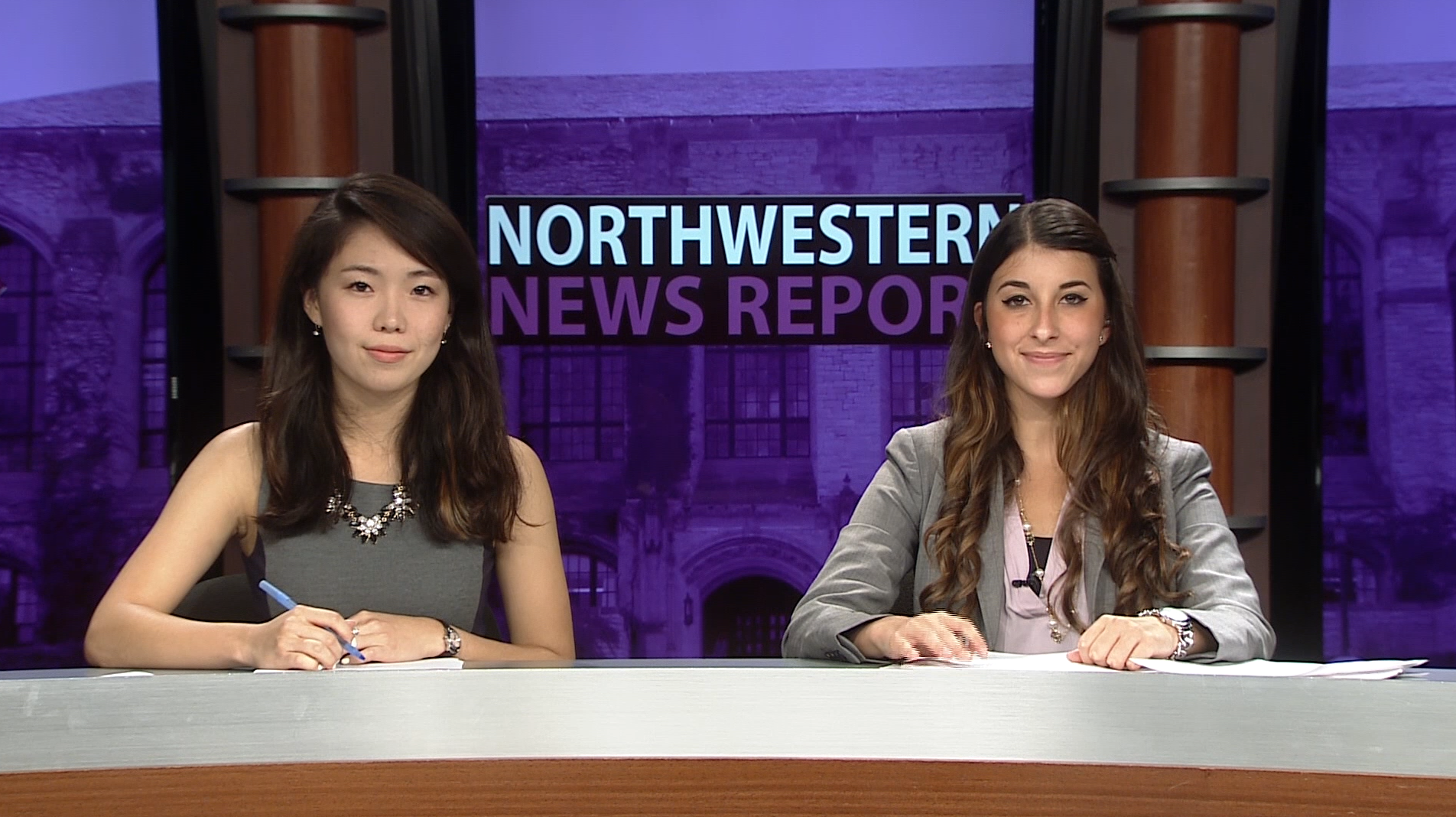 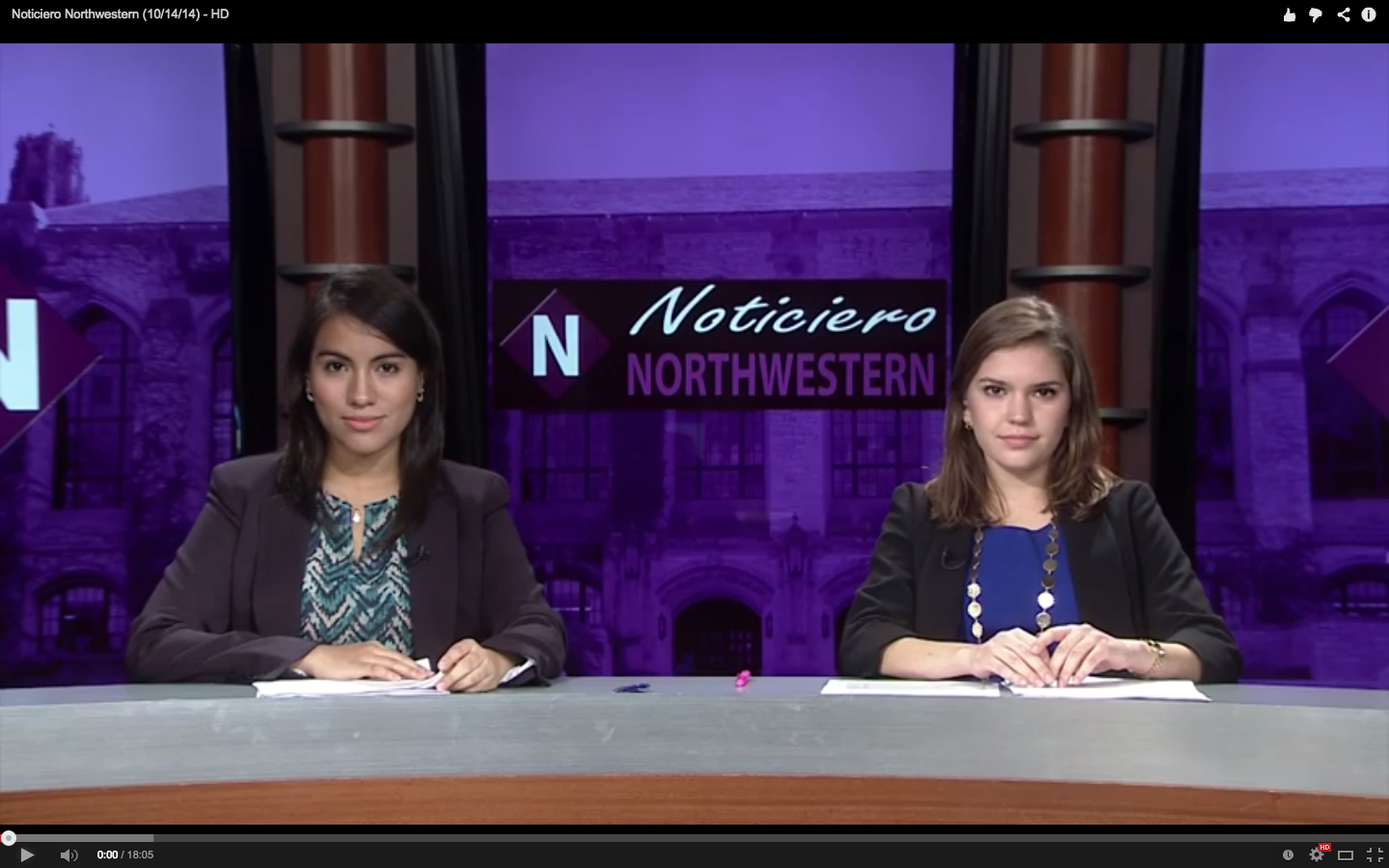 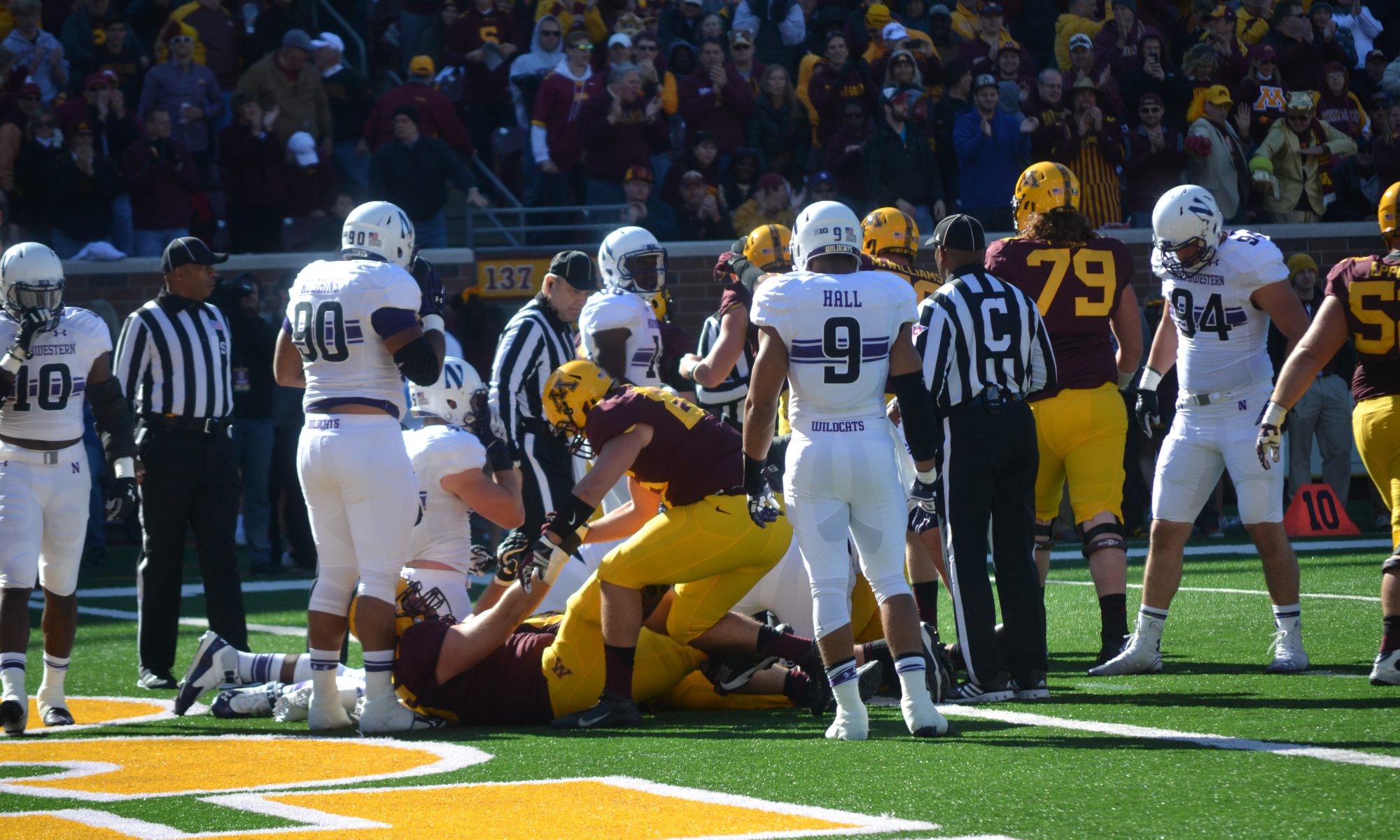 MINNEAPOLIS, Minn. — Northwestern had seen their special teams play improve over the course of the past few weeks.

But when they needed them the most, they proved to be anything but special.

Northwestern fell to the Minnesota Golden Gophers, 24-17 on Saturday. A 100-yard kickoff return touchdown by Minnesota’s Jalen Myrick turned out to be the difference.

“It looked like a couple of our guys from the field over-ran the ball,” head coach Pat Fitzgerald said. “Our kickoff team has been pretty good all year. Its disappointing.”

It was the first kickoff return touchdown allowed by Northwestern since Indiana’s Tevin Coleman did it on Sept. 29, 2012.

The game seemingly turned in Minnesota’s favor at the beginning of the fourth quarter. Already in Northwestern territory and leading 14-10, Minnesota quarterback Mitch Leidner completed a 20-yard curl route to Issac Fruechte that put the Gophers on the Northwestern 15-yard line.

On third down and three yards from the Northwestern 8-yard line, Leidner tried a corner fade to Maxx Williams, but Godwin Igwebuike broke the pass up, leading to a 25 field goal by Ryan Santoso that increased their lead to seven.

After Solomon Vault fumbled the ensuing kickoff out of bounds at the Northwestern 3-yard line, quarterback Trevor Siemian completed a third down pass to Tony Jones and then scrambled out of the pocket for an 11-yard floater to Kyle Prater.

Siemian marched the Wildcats down the field and Northwestern was set up with first-and-goal at the 10. On third down, Siemian threw an incomplete pass intended for Miles Shuler, but Minnesota was called for roughing the passer and gave Northwestern first-and-goal from the 2.

Trevor Siemian’s fourth rushing touchdown in his last two games completed the 97-yard drive and tied the game, 17-17, with about seven minutes left in the fourth.

“Guys made some plays, got good protection — that’s what happens when guys execute” Siemian said.

“They won just a little bit more than we did today,” freshman running back Justin Jackson said. “It’s a collective effort.”

Jackson led the way on offense, rushing for 106 yards on 23 carries and also catching four passes for 50 yards.

Siemian went 32 for 50 for 269 yards, but dropped passes, along with untimely penalties, proved costly.

“When you allow a team to get a lead that plays that type of offense, you have to press a little bit.” Fitzgerald added. “We need to make more explosive plays.”

Northwestern outgained Minnesota 393 yards to 274, but the Wildcats ran 84 plays to Minnesota’s 54.

David Cobb became the fourteenth player in Minnesota history to rush for over 2,000 career yards. He tacked on 103 yards on 30 carries.

The Wildcats committed personal foul penalties on each of Minnesota’s first two scoring drives, which set up the Golden Gophers with first-and-goal at the 5-yard line both times. Leidner had two 1-yard runs at the goal line that gave Minnesota 7-point leads in both the first and second quarters.

“We made little detailed mistakes today” Fitzgerald said “For the most part, I think we handled the things we tried to do pretty decent.”

According to VanHoose, the team will not dwell on this Saturday’s loss for too long.

“It’s a huge bummer ending the streak, but this week of practice will be big in responding to this loss” Vanhoose said.

Northwestern, now 2-1 in conference, will face the Nebraska Cornhuskers next Saturday in a prime time matchup at home.