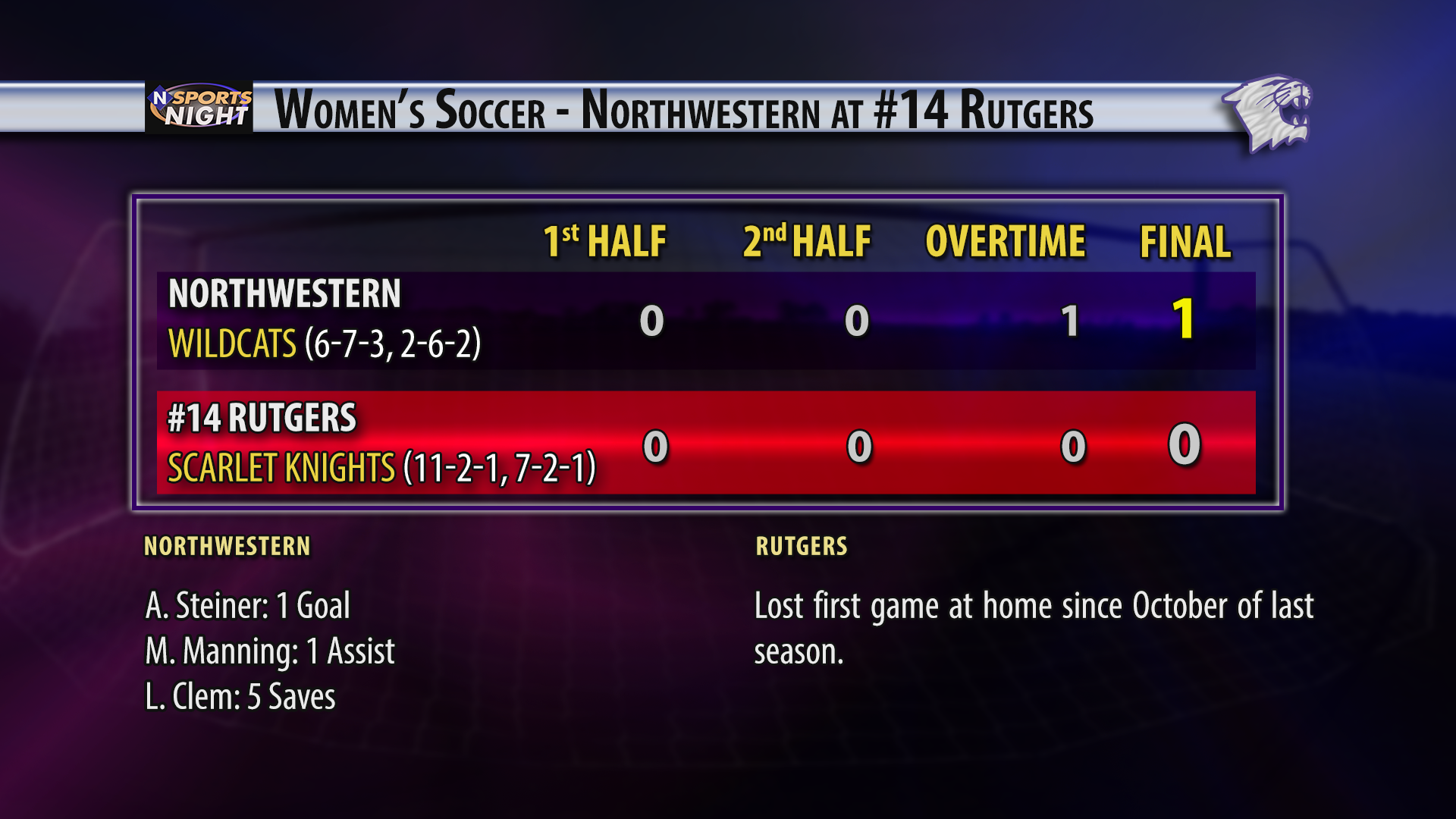 After playing more than 300 minutes without scoring a goal over the last four games, the Wildcats (6-7-3, 2-6-2 Big Ten) put one on the board — and it was an important one.

At the 97’ mark, sophomore Addie Steiner drilled a 20-foot goal for her ninth goal of the season, and the ‘Cats defeated No. 14 Rutgers (11-2-1, 7-2-1 Big Ten) on the road by a score of 1-0. This game was the first home loss for the Scarlet Knights since October of last season.

After being taken down hard over the course of the game, Steiner received a yellow card at the 86’ mark, in what appeared to be a frustration foul. Head coach Michael Moynihan then removed Steiner in favor of Katie Landgrebe, but Steiner came back in to start the overtime period.

The Scarlet Knights had a number of scoring chances, but the five saves of freshman Lauren Clem and some bounces kept the home side of the scoreboard empty.

At 93’, junior Erica Sroski had a penalty kick opportunity for Rutgers. She kicked it to the right side, but it caromed off the post — and Clem had guessed the right side, as well.

Northwestern now has notched its two wins in conference play in the last two weeks. After two road games, the ‘Cats now head back to Evanston to play their last three games of the season at home. They play Michigan this Friday at 7 p.m.

Absolutely honored to have been the Executive Producer for our special show, Evanston Beyond Northwestern, alongside @KatrinaPham_ https://twitter.com/NNN_News/status/1465894803196059651

Watch my package for the special show, Evanston Beyond Northwestern @NNN_News. I report on Evanston’s plans to make the city more accessible in 2022.

For @NNN_News special show, Evanston Beyond Northwestern, I feature The Actors Gymnasium, a circus arts/theatre company! The gym offers circus classes and opportunities for all ages and levels of experience!

For our Evanston Beyond Northwestern special, and final @NNN_News of the quarter, I took a look at the Mayor's Holiday Food, Book, and Toy Drive. Donation boxes are located around Evanston, including in the Evanston Public Library and Target on Sherman Ave.