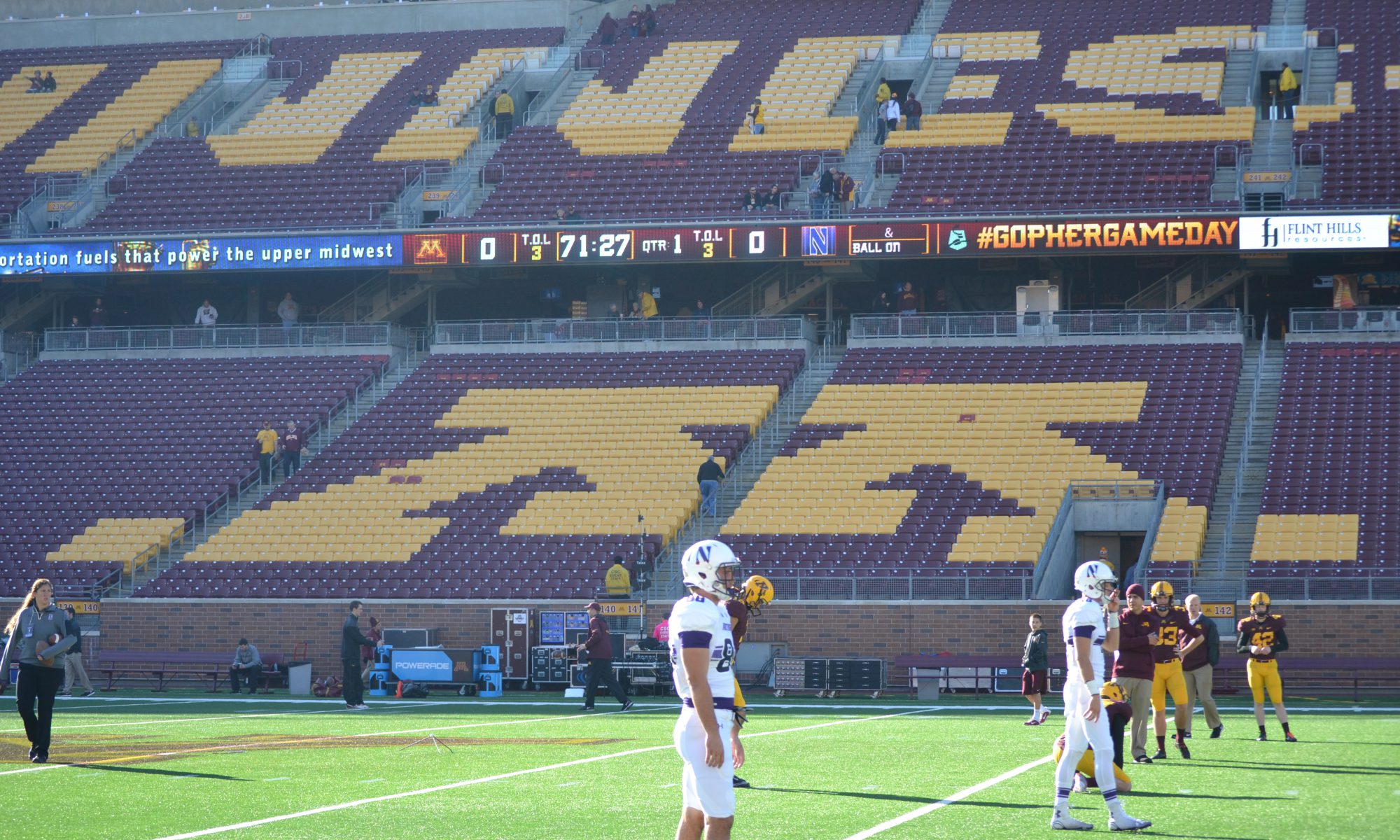 Here are 5 quick hits before the Gophers and Wildcats kick off from TCF Bank Stadium.

1. Minnesota is last in the Big Ten in total yardage and pass yards per game. Expect to see a lot of David Cobb.

2. Weather is bordering on the 40 degree mark. Coldest start time for a game so far this season.

3. Northwestern is all white today. White helmets that they wore against Western Illinois, the regular white uniforms, and white pants.

4. Maxx Williams, Minnesota’s leading receiver, has 161 receiving yards on the season. He also has 3 of Minnesota’s 4 receiving touchdowns.

5. With facing Nebraska next week, Northwestern will be facing two consecutive teams coming off bye weeks.