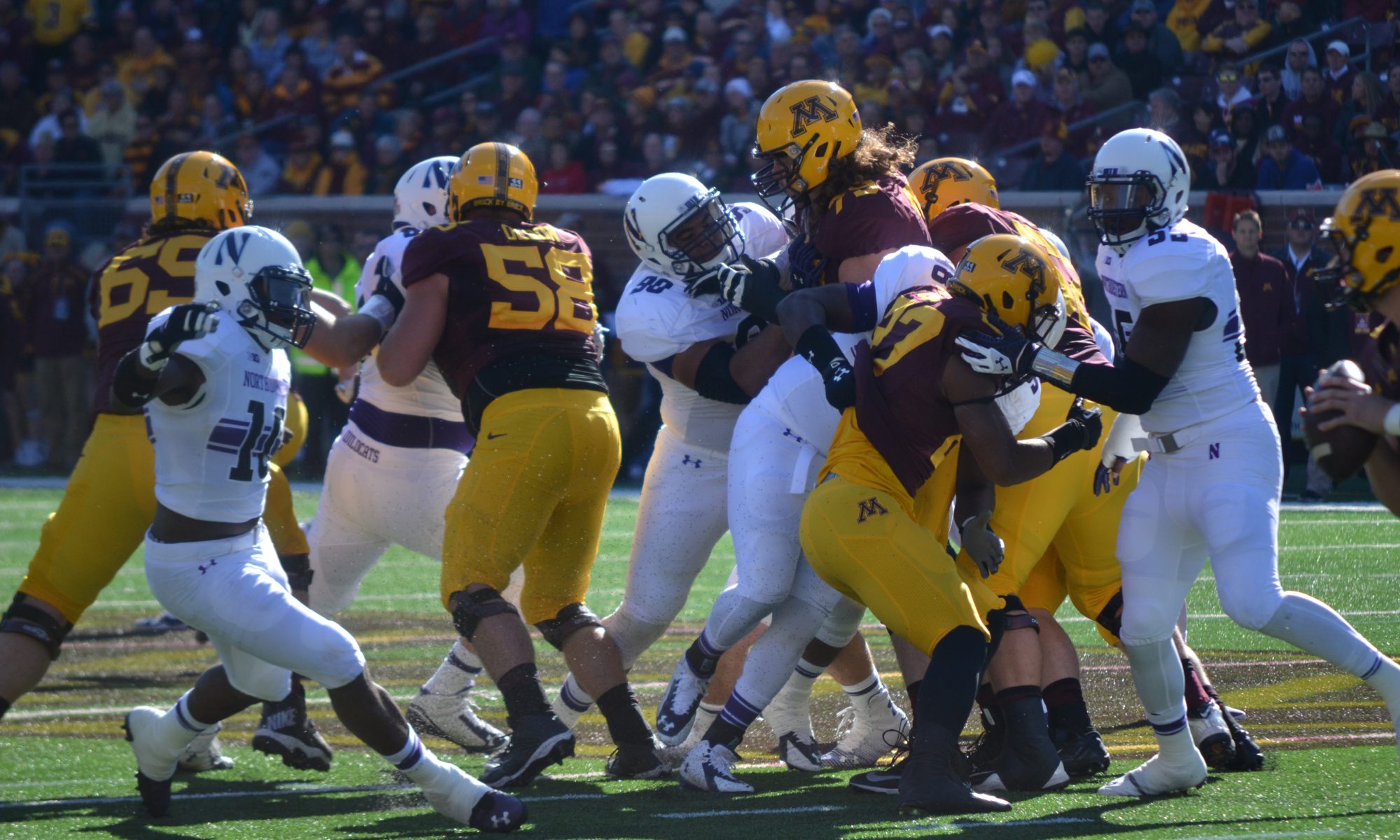 1. David Cobb is really hard to bring down. Rushed for 38 yards on 9 carries in the 1st quarter. He went over 2,000 yards for his career in the first quarter and became the 14th player in Gopher history with that distinction.

2. Minnesota got benefited from a hands to the face penalty on Dean Lowry on a 22 yard broken play run by Mitch Leidner. Leidner on that drive had 3 carries for 32 yards.

3. Minnesota dominated time of possession, winning that 8:42 to 6:18, although it felt much longer because of Minnesota’s run-heavy offense.

5. Northwestern had 2 big plays called back for illegal formation penalties on right tackle Eric Olson. The second one was on a deep pass to Miles Shuler that would have gotten Northwestern to the Minnesota 20.