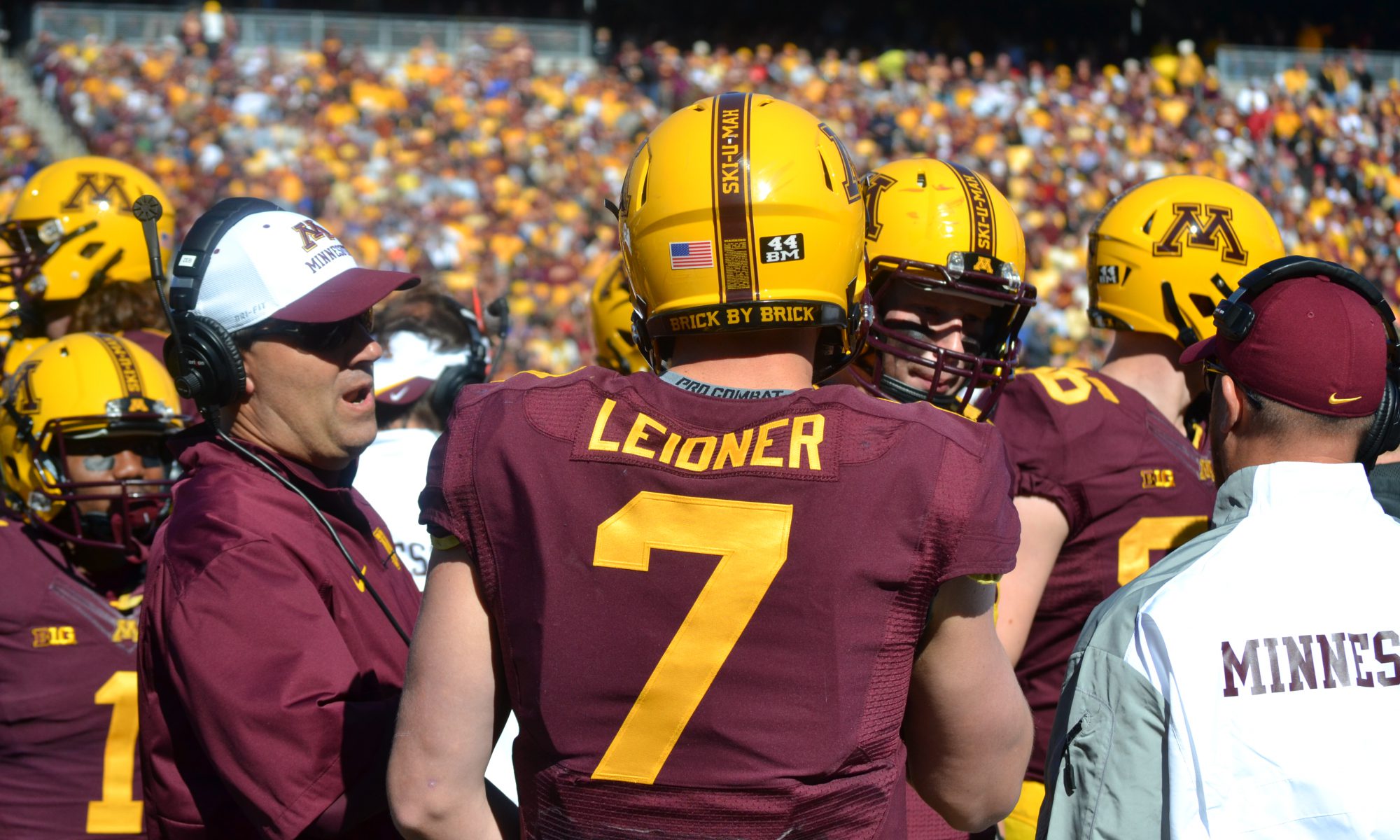 1. Northwestern gained new life after they looked to have turned the ball over. Trevor Siemian was sacked and fumbled the ball, but Matt Frazier recovered and Siemian proceeded to lead the Wildcats 9 plays down the field for a touchdown. Had Frazier not recovered, the result could have turned out much differently.

2. Minnesota was again the beneficiary of a big play and a penalty added on to the end of the play. After Mitch Leidner found a wide open Maxx Williams for 52 yards Godwin Igwebuike was called for a facemask penalty that set up 1st and goal from the 5 yard line. 2 plays later Leidner snuck the ball in from the 1 for his 2nd rush TD of the game.

3. Justin Jackson fights for hard yardage. He has the type of foot-speed that allows him to break tackles. Jackson has 13 carries for 67 yards to this point in the game.

4. On the final drive of the half Northwestern got the ball to a 1st and goal situation from the 4 yard line. After a rush and a sideline pass, the Wildcats were left with 3rd and goal from the 2. Siemian was flushed from the pocket and forced to throw the ball away. Jack Mitchell converted a 19 yard field goal attempt that made the score 14-10 Minnesota going into halftime.

5. The last Northwestern scoring drive, like the first, was kept alive by a significant ruling.  On 3rd and 10 from their own 36, Siemian threw a pass to Kyle Prater that appeared to be incomplete. Yet after further review, Prater clearly had possession of the ball when he hit the ground, giving Northwestern a 1st down and keeping the drive alive.